“… how can you explain my (father, mother ……) support for a man who is a narcissist, who lacks leadership skills and empathy, who has helped destroy important democratic norms and institutions and is willing to lie and cheat in his own quest to remain in power…?”

Recently, Hoang Tu Duy, a long-time democracy and human rights activist expressed his sympathy for the principle of “Black Lives Matter.” Soon thereafter, the Internet was ablaze with voices lambasting his stance, accusing him of having “Marxist” sympathies and discrediting his 2 decades+ work for a better Vietnam. What’s interesting to note is that many did not even know that Mr. Hoang is a product of the University of Chicago’s MBA Program, long known for their free-market Nobel Prize winners; distinguished names such as Milton Friedman, Merton Miller and Eugene Fama. In fact, the University of Chicago has produced some of the titans of the modern finance world over the past 50 years.

I am appalled at this type of character assassination that is taking place throughout Vietnamese-American media today. It is no worse than the outright lie that “George Floyd was an adult film star,” often used to excuse the brutality of the Minneapolis police officers.

Four years ago, I was selected to stand for election as a Republican Presidential Elector of the Electoral College. Personally, It was quite an honor but I also felt a certain amount of national pride as I was likely the first American of Vietnamese heritage to ever be accorded this honor. For over 25 years, I had faithfully fought alongside many others for the principles of free trade, democracy, human rights and against the tide of totalitarianism. The pride soon gave way to concern as I witnessed the elevation of a candidate who I believed to be morally corrupt and philosophically empty. That concern became reality when that same candidate secured the nomination of the Party I had been affiliated with since my College Republican days.

Thus, in August of 2016, after going public with my thoughts I stepped down as an Elector rather than voting for a chicken warrior who had repeatedly insulted our true heroes, dodged the draft, cavorted with dictators and adult film stars, all while avoiding paying taxes.

Through the course of the last 4 years, I’ve watched in horror as many Vietnamese-Americans have clung on to Donald Trump in almost God-like terms. Their infatuation with a crook, a coward and a con man has left many younger Vietnamese-Americans like myself at a loss for words. The greatest irony of it all has been their continued support for a man who avoided service in Vietnam by getting a doctor’s note for bone spurs. In fact, many have instead chosen to attack the true patriots like the late Senator John McCain and former FBI Director Robert Mueller, 2 genuine Purple Heart winners who actually fought in the Vietnam War. They’ve also dismissed other military leaders such as former SECDEF James Mattis and retired General John Allen, assigning those patriots the label of “deep-state.”

How did it ever come to this? There is no one answer but perhaps a combination of cultural and historical factors would help explain this blind allegiance. Here are my top 5 reasons:

In essence, our elders have been fighting the last war, living in the shadow of a heartbreaking loss of our mother country.

First, my generation will always be grateful to the millions of men and women of South Vietnam who fought, died and suffered in defense of the Republic of Vietnam. If America’s World War II generation was her “greatest generation,” then arguably South Vietnam’s (including the political/economic North Vietnamese refugee families after the 1954 partition) “greatest generation” came of age defending South Vietnam against the North Vietnamese Communists. In my days attending school at Lasalle Tabert, I voraciously read about the daily efforts of the South Vietnamese soldiers defending our country. After 1975, I would follow the efforts by the overseas democracy movement, especially the likes of former Rear Admiral Hoang Co Minh.

Second, it was perhaps only a matter of time before the Vietnamese-American diaspora would split politically along generational lines, the result of the natural ebbs and flows of human nature. Throughout American history, other ethnic communities have also witnessed similar splits; the Cuban-American youth today is no doubt less monolithic of a Republican voting bloc than their parents’ generation. The solid Vietnamese-American Republican voting bloc in the years following 1975 was predicated on the GOP platform’s pillars of a strong national defense, free enterprise and global leadership. Republican candidates could almost always count on the Vietnamese-American vote, whether you were in California or Texas or Virginia.

Something began to change in the mid-2000s. I began to notice younger Vietnamese-American activists getting involved in support of the Obama candidacy, as well as in support of their local Democratic candidates. Then slowly Vietnamese-Americans actually started running as Democratic candidates for elected office. Furthermore, with the passing of the Cold War, foreign policy issues gave way to other pressing issues, such as lack of healthcare or income inequality. Speaking from personal experience, my middle brother began expressing opposition to a number of Republican pillars. A former U.S. Naval Intelligence officer, Kellogg MBA graduate and a Gates Foundation program manager, he was concerned about the “anti-immigrant, anti-business, anti-education” messaging that had bubbled up with the rise of the Tea Party. He and numerous friends even attended a rally in support of the Black Lives Matter movement and they certainly cannot be dismissed as radicals.

Similarly, many Vietnamese-Americans under the age of 40 have asked me

“… how can you explain my (father, mother ……) support for a man who is a narcissist, who lacks leadership skills and empathy, who has helped destroy important democratic norms and institutions and is willing to lie and cheat in his own quest to remain in power…?”

On the other hand, I also noticed that the older Vietnamese-Americans were becoming more dogmatic in their political views. Many propagated the birther story that President Obama was born in Kenya, or that Muslims were shutting down the streets of New York to pray freely, or that Michelle Obama spent billions on decorations and family trips, and on and on and on. Alternative media outlets with questionable sponsors were beginning their assault on American shores.

My contemporaries have often expressed shock at how the victims of Communist propaganda had now become the spreaders of propaganda themselves. A professional mentor of mine, Tony Montag, often said “…the wish is the father of the thought.” The older generation has willed the fake news to fit their own narrative.

Where does the Vietnamese diaspora go from here? The Trump Presidency has exposed a deep fissure among generations, pitting sons and daughters against their mothers and fathers. Much like what Donald Trump has done to sow division and chaos among ethnic groups, the mere mention of Trump has had the same effect within the Vietnamese-American community.

I would like to leave the younger generation with a thought. Our generation and future generations will inherit the consequences of the lazy catastrophic decisions their forefathers made. The times we are living in may seem suffocating but please keep the faith. Never give up on fighting for your ideals. Never give up on the search for truth. And in the words of Douglas MacArthur in his farewell address at West Point, always stand for “…Duty, Honor, Country.”

To my parents’ generation, I’d like for them to know that none of us question their sacrifices. I DO remember the cries of sorrow on that fateful evening in Guam when the PA announced that South Vietnam had surrendered. We cannot allow ourselves to ever forget the hardship and sacrifice our families endured as victims of Communism. However, in politics no one is ever right all the time. Today, in the face of enormous domestic and global challenges, it is the best chance they have to be on the right side of history. Through continued support for an immoral leader, they will undermine the real struggle for democracy and human rights. If they do not stop fighting the last war, then they will also have lost the war for the hearts and minds of the children that they sacrificed so much to ensure a better future.

Bao Ky Vu has lived in Atlanta for over 40 years. In 1975, his family left Saigon prior to the collapse of South Vietnam to Communist North Vietnamese forces, resettling in Australia before returning to the United States in 1977. A graduate of Georgia Tech and Georgetown University’s MBA Program, he served as Commissioner to President George W. Bush’s Presidential Advisory Commission on Asian-Americans and Pacific Islanders from 2001–2004. Governor Nathan Deal appointed Vu to the State Board for the Technical College System of Georgia in 2015 and he also is Vice-Chairman of the DeKalb County Board of Voter Registration and Elections. He is a graduate of Leadership Georgia Class of 2008.

With raindrops no longer falling, this street in Beijing, China, hums back to life under the glow of

Anguilla, a British territory in the Caribbean, is a nation of tranquility, but Sandy Island takes i

Your Shot photographer Hannah Overeem captured this shot of her dog, Badger, an Australian cattle do

Forged by the wear of water rushing over rocks, Olo Canyon in Arizona is concealed inside the Grand

Circus performers in Hanoi, Vietnam, prepare for the show minutes before it gets under way. Nguyen T

Don't be blase, warns Covid-19 patient after months on ventilator 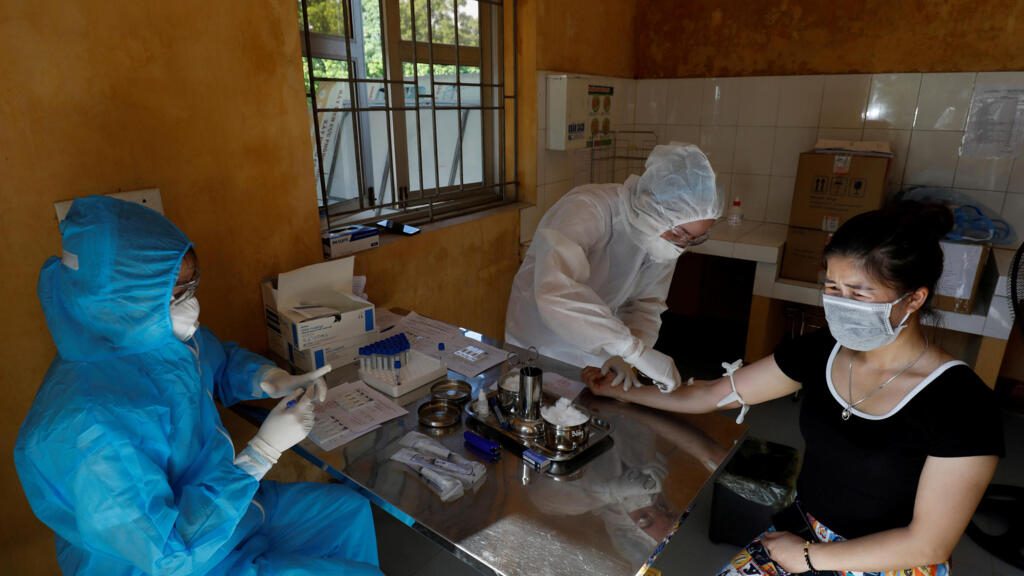 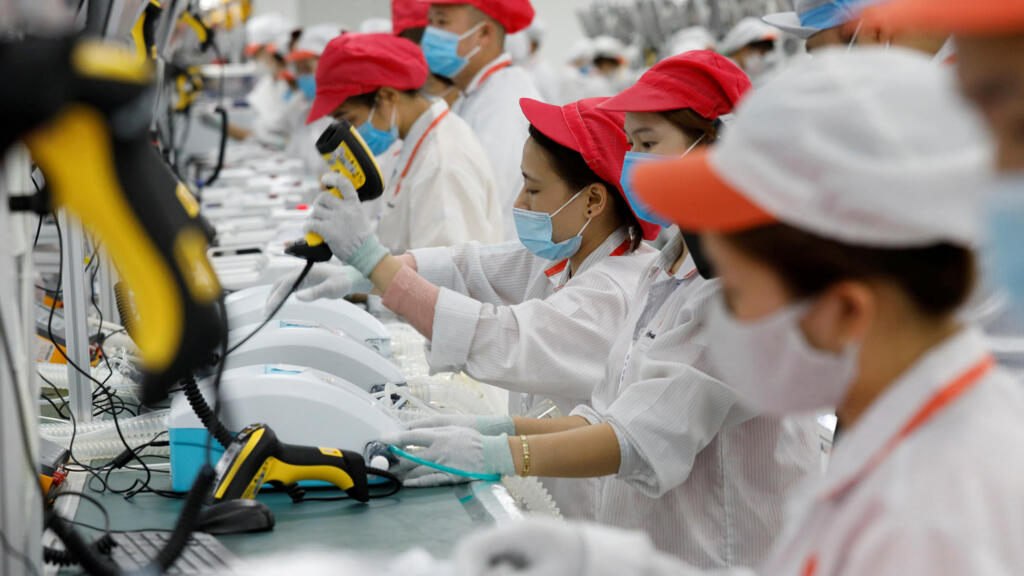 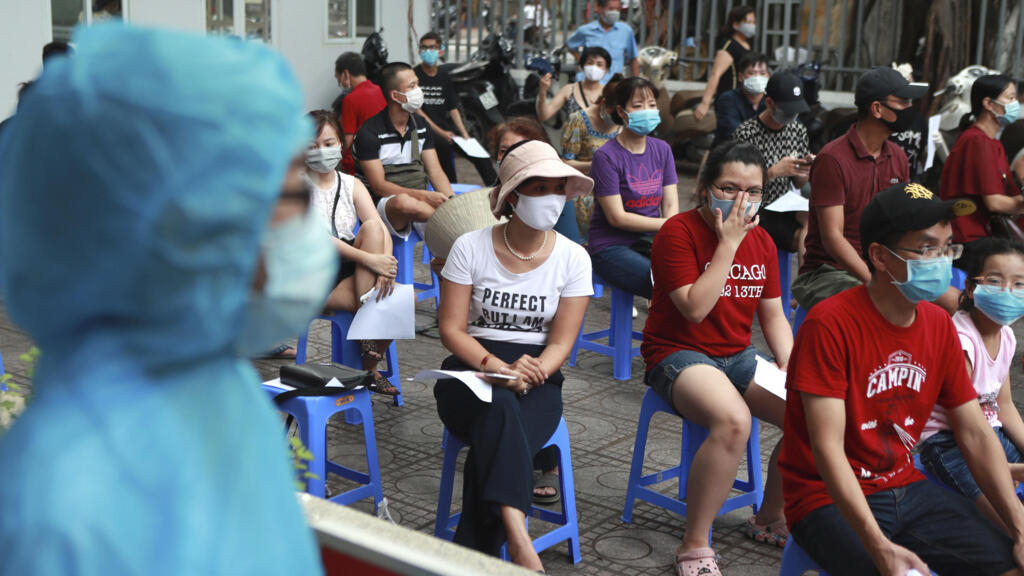 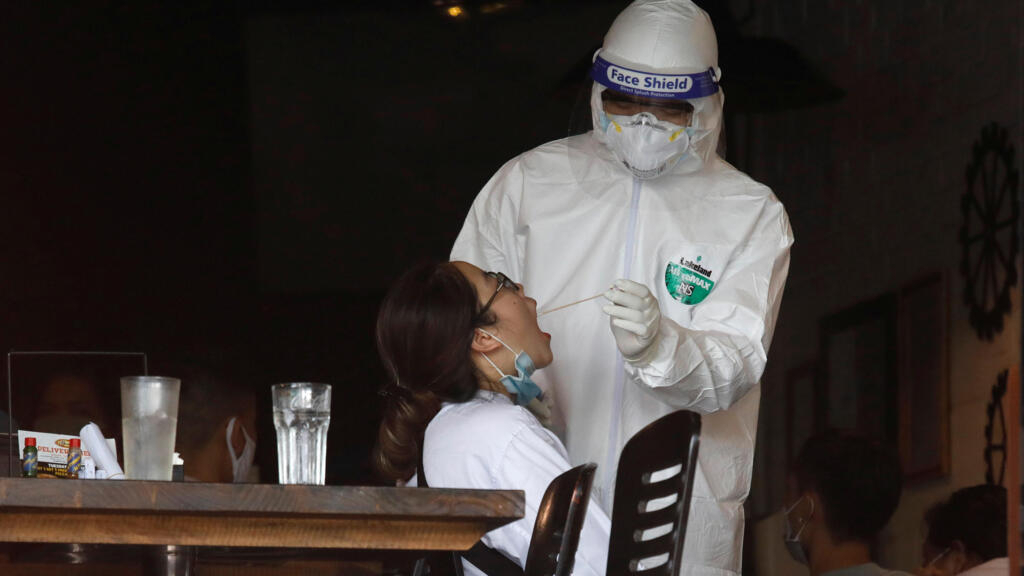 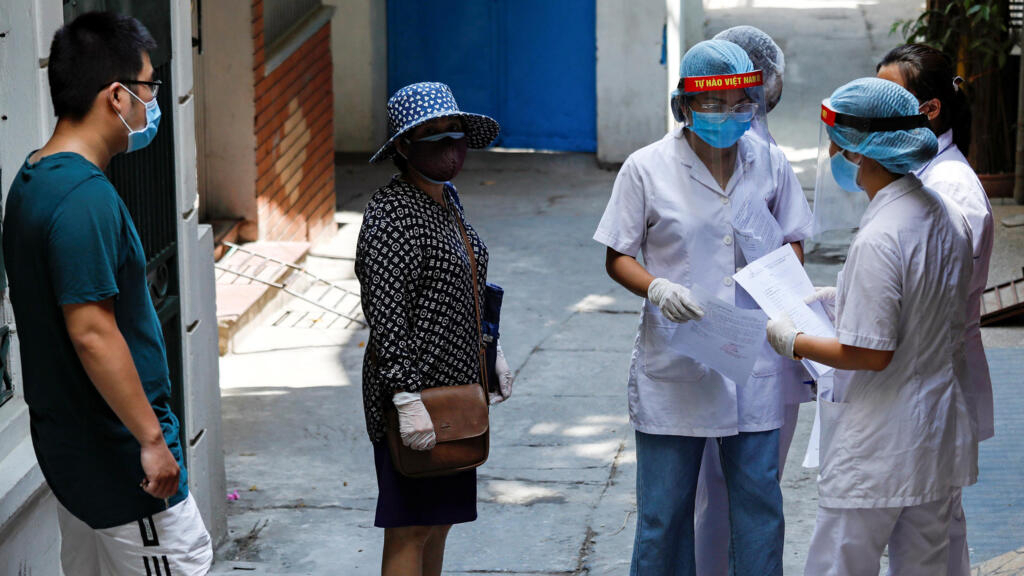 And then there were two

On Britain beyond Brexit and the future of Conservatism

Our columnist reflects on the turmoil facing the Conservative Party

On “Fleabag”, a Corbyn government and Kenneth Clarke’s tandoori moments

Our Britain columnist laments the decline of working-class culture

TikTok, Coronavirus, Spearfishing: Here’s what you need to know.

With TikTok, ‘Uncool’ Microsoft Aims for the Love of Tweens

The 20-hour gun battle left officials scrambling to recapture hundreds of prisoners, including many

Abductions, Censorship and Layoffs: Pakistani Critics Are Under Siege

‘Clean Up This Mess’: The Chinese Thinkers Behind Xi’s Hard Line